EXECUTIVE RECRUITMENT MARKET OUTLOOK – WHAT NEXT? 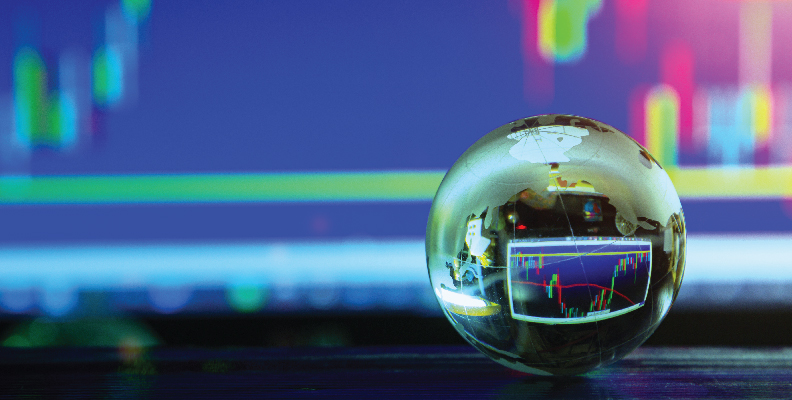 Bears typically enter hibernation for half a year, the length of our economy’s hibernation is anyone’s guess. However, despite how it may seem, we will eventually come out of hibernation and some kind of normalcy should return to our shores. While it’s impossible to say exactly how long hibernation and each subsequent phase may last, there are four clear stages for us executive recruiters, candidates and clients alike.

Before the coronavirus outbreak made its impact around the world, Australia’s economy was doing okay. All things considered most Search & Recruitment firms were in a pretty good place. At the end of February, unemployment was hovering at a little over 5% and the official interest rate had been cut from 1.5% to 0.75% in an effort to get it to around 4% to get wages growing. The economy was projected to grow by a little over 2% a year and the stock market, while probably overvalued, was at all-time highs. Australian property prices equally were nearing their all-time peak, on track to post the fastest market rebound on record. The government was approaching its long-promised budget surplus which would have seen it balance the books for the first time in about a decade. It was by no means perfect, but it was also many shades better than what was to come.

Then towards the end of February…

PANIC!!! As Australia and many other countries confirmed their first COVID cases, and the threat of a global pandemic began to materialise, the economic impact began to be felt. The share market was the first thing to go, jumping off a cliff to enter its quickest bear market on record and wiped more than $300 billion off the index, in the space of just a few weeks. The RBA began firing off the last few of its available bullets. It announced it would commence unconventional monetary policy, implementing quantitative easing for the first time in Australian history and injecting huge amounts of liquidity into the market.

The ASX 200 jumped out a window at the end of February.

The federal government bit a bullet of its own, finally deciding to forgo a budget surplus over some much-needed fiscal stimulus. It quickly announced more than $200 billion in spending measures in an effort to stymie rising unemployment and safeguard the businesses which were forced to shut down to help contain the virus.

Like many businesses, I decided to act swiftly. Our priority was the safety of people, our team moved to home working Tuesday 17th March (6 weeks ago today). For our business community we shifted workshops, meetings and all interviews to 100% online. Reflecting back on those last couple of weeks of March its extremely humbling to recall the numerous phone calls, emails and texts from people just checking in to see if we were OK. Although the magnitude of what was occurring was very alarming, I quickly moved from panic to a degree of acceptance that the game had definitely changed.

PAUSE / PARALYSIS – Once we had all pivoted into the new “socially distanced” world, and those who were less tech savvy, came up to speed with multiple people appearing upon their screens at the same time. It became apparent and very quickly that many businesses were in freefall or facing extreme liquidity issues. Stand downs, redundancies, pay cuts, recruitment freezes, contractors finished up were frequent daily conversations for myself and the team. Empathy and emotional support were (and still are) prevalent skills for us to hone.

20+ years in search I have seen tough market conditions in the past, I can distinctly recall the phases we went through during the financial crisis of 2008 and the employment rollercoaster that followed. Over the past few weeks many businesses and individuals have been in a paralysed state; and understandably so. The timescales of this pause are mostly dependant on their sector and marketplace, funding and the associated government support offered. There have been some notable exceptions within consumer staples, logistics and healthcare sectors that have had favourable impacts on employment requirements. However, on the whole it has been a very tough market. We experienced multiple searches cancelled or put on hold, contractors finished up and the ground swell of concerned individuals reaching out to understand job security or just seek counsel has been alarming.

Suffice to say, winning new search mandates during the period of April has been rather slow.

POSITION – As we enter into week 7, the bright side of the country’s sacrifices appears to be working so far, at least in the public health sense. By acting early, Australia has demonstrated an initial flattening of the curve with the rate of daily infection slowing. The total of new cases a day has so far decreased from more than 280 at its peak to now single figures, showing some promising signs. The next few months when we start to relax restrictions, and hopefully keep the virus under control,  will tell us if we are on the right road, to recovery.

The big question in my mind is how do we ‘REPOSITION?’ There are many lessons companies can learn and carry forward once the crisis has passed, and have had a chance to analyse their response. In the meantime, companies should be making decisions and taking actions during crisis with recovery in mind. When the crisis is over, it will be clear which companies have the resilience and agility to reshape their business strategy to thrive in the future. Longer term, companies will need to consider how robust their business, management team(s) and initiatives were in facing the crisis.

There has been much written about ‘The Future of Work’. I sense many firms will have jumped years in these months, noting how many have adjusted successfully and so rapidly with remote working. I also feel the acceptance of a gig economy will become more prevalent from here on in. It will also be important to consider and reset the business assumptions that underpin the supply chain and other concentrations that many businesses have been exposed to over time. I believe this will be favourable outcome for trans-Tasman businesses and employment overall alike as many of us set our new position.

PROFIT – “Revenue is for vanity, profit is for sanity, and cashflow is everything” – I was told this when I set up the business. Thankfully, I’ve kept this etched into my brain. Although we won’t be breaking any sales records during this period – we will be OK and will keep the team together.

Sadly, many businesses won’t. I foresee that many will collapse and unemployment will rise. I don’t believe unemployment will pass 8.5% and the recovery will be relatively swift through next year and year after. However, I do feel reasonably optimistic about the back end of 2020 and into early 2021 especially for those at or entering the executive level of the employment market. “Change (which will be needed) brings opportunity”.

I’m forecasting that those who are well networked in Search will be able to win and deliver some career defining moves. For the chosen search partner, a prosperous time awaits!

My five predictions on the near future are: 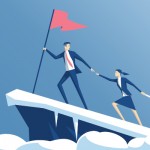 HOW CAN LEADERS RESPOND IN UNCERTAIN TIMES?Featured, News

ATTRACTING TALENT – GETTING AHEAD OF THE GAMEFeatured, News