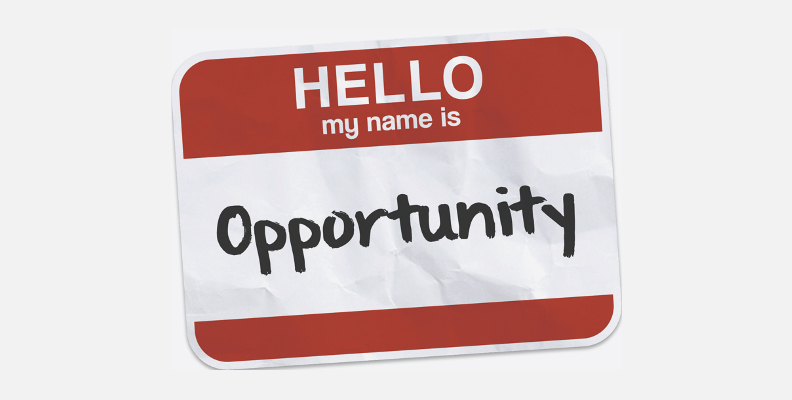 2020 has definitely been a chaotic year but one of the big positives that has come out of it is opportunity. However what many of us often forget is that when opportunity knocks you have to actually open the door! An increasing number of people that I’ve spoken to over the last few months have recently made a decision to embrace the side hustle and many more are about to do it or are at the very least seriously considering it. Another flavour of the year is a complete career change. Why wait, what’s the worst that could happen! Seriously what’s left to lose!

I’ve spoken to a Head of Finance who decided to become a full time chef, and another who left the world of corporate finance to focus 100% on their food truck business. A Sales Director who enrolled in the NSW Police Force (it was a childhood dream) and another who’s just started on their path to become a School Teacher.

It’s often too easy just to keep swimming in your lane as questioning yourself about whether you’re on the “right” career path can strike fear into even the most confident person’s heart. But as some of the most successful people prove, you don’t have to have it all figured out from the start. Plenty of highly successful people chose to make major career changes, some even many years into their adult lives.

Jeff Bezos had a lucrative career in computer science on Wall Street and took on top roles at various financial firms before transitioning to the world of e-commerce and launching Amazon at 31.

Vera Wang was a figure skater and journalist before entering the fashion industry at age 40. Today she’s one of the world’s premier women’s designers.

Harland David Sanders better known as Colonel Sanders, was 62 when he franchised Kentucky Fried Chicken in 1952, which he sold for $2 million 12 years later. Before serving up his renowned original recipe, Sanders held several odd jobs including country lawyer, gas station operator, and railroad worker. Shut up and take my money!

The world seems to have become even smaller this year, whether we’re on Google Duo, Zoom or FaceTime it’s so easy for us to connect to whoever and wherever and with that flexibility is now on everyone’s agenda. It’s this flexibility that gives us choice in what used to be a rigid world of work, and with this choice there’s been a significant shift in more people spinning even more plates.

The expression side hustle was first used in 1950, which makes the term much older than many of us realise. The term became popular during and after the last recession, when traditional jobs disappeared and enterprising people had to make ends meet (sound familiar?!). So there’s no time like the present to start working out the specifics of your dream side hustle. Whether you want to create another stream of cash flow, save more money, or a wonderful mix of both, finding your perfect side hustle is a mere matter of playing to your passions, accessibility, and availability. Whether that means blogging about your ETS market knowledge or walking six poodles at the same time, a lucrative side hustle that excites you is just a click away. A side hustle could be the way you earn some extra dollars or perhaps it accelerates the repayment of your mortgage. Or your ambitions might be grander, with the side hustle being your entrée into becoming your own boss and pursuing self-employment or a major career change. Whatever shape or size, side hustles can certainly provide choice.

Sometimes a side hustle is more successful if it is kept small and profitable, giving you a ‘nice-to-have’ stream of pocket money, rather than becoming a bigger venture that you need to turn into an income source. Over the years the biggest mistake I’ve seen people make is when they drop all their other work responsibilities at the first sign of success to focus on the side hustle, only for the side hustle to fall over. While it’s great to commit time and effort, sometimes you’re just bringing your point of failure forward in time. Remember, there’s no perfect idea. James Dyson famously created 5,126 versions of his Dyson vacuum cleaner before finally being successful on the 5,127th attempt. He learnt from each version, getting closer and closer to success with each iteration!

Whatever idea you go with will almost be guaranteed to need some refining as a minimum, and a major re-think is very possible. So don’t obsess over your side hustle idea being perfect. It’s far more important to get started and learn as you go. The beauty of a side hustle is that it is a low risk way of trying a business idea. It’s low risk because you’re not giving up your day job to do it, and it typically requires only a small financial investment. Given it is low risk, if it fails, it’s no big deal.Get stuck in and learn along the way.

I believe that in the right context and with the right idea, anyone can be a successful entrepreneur, experimenting with your ideas while staying gainfully employed not only hedges the risk, but gives you the time to get it right. And sometimes your side hustle can live alongside your day job indefinitely.

Whether you’re aiming to climb the corporate ladder, switch to a new industry, make some extra money, or start your own company, a smart and strategic side hustle may be the perfect ladder to help reach your goals. The key to getting the most out of a side gig is to carefully consider your short and long-term goals, and be realistic about your timeline and your time!

Evaluate. Learn. Modify. Maybe your side hustle will grow and become your main way of earning a living, or maybe it won’t. But what it will certainly provide is some great learnings and if everyday’s a school day that’s not actually a bad thing! 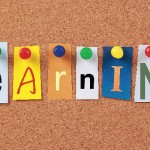 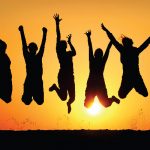