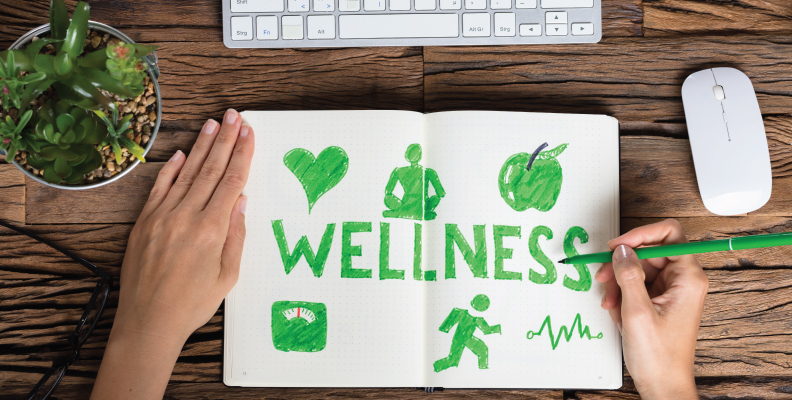 Good health is important – it influences not just how we feel, but how we go about our everyday lives. Health is more than the presence or absence of disease; it incorporates our physical, mental and social well-being.

Our health and wellbeing can be influenced by many things, but generally depend on two main aspects:

DETERMINANTS – the many, interrelated factors that influence our health.

INTERVENTIONS – the things we do to improve our health or to prevent ill health, such as being immunised against diseases or visiting a doctor or hospital when we are unwell.

Procrastination is a condition that has consequences on one’s mental and physical health and performance in the workplace and any studies have shown that procrastination is now well on the rise as people increasingly turn to the immediate gratification made possible by technology and specifically, social media platforms.

SO JUST HOW BAD IS IT?

SO HOW DO WE MANAGE AND OVERCOME PROCRASTINATION?

A series of global studies all identified two important findings.

Firstly, the results showed that goal setting reduced procrastination and secondly, they found that it was strongly associated with lack of energy.

The first step is the easiest, it simply entails coming up with a clear goal. So, if you’re a procrastinator, ask yourself what do you really want to achieve here and now? The second step is to stop feeling ashamed about your procrastinating tendencies. As multiple studies have shown, most people procrastinate at least some of the time. When properly managed, procrastination doesn’t need to be viewed as a problem. The real problem isn’t procrastination but our failure to keep it in check.

HOW HEALTHY ARE WE?

It’s good news for most that we Australians are living longer than ever before, but half of us are living with at least one chronic condition, which can affect the quality of our lives, as well as those of our families. Chronic conditions are Australia’s leading cause of ill health and have serious implications for the health system. Many of these chronic conditions are linked to lifestyle factors such as overweight and obesity, insufficient physical activity, tobacco smoking and alcohol use but the other good news is that there are signs of positive behaviour changes, particularly among young Australians.

SLEEP (is anyone really getting a full 8 hours these days?!)

Margaret Thatcher famously survived on just four hours of sleep a night and apparently scientists may have found the source of her extraordinary ability. Researchers have discovered that a gene variant allows some people to function normally on far less sleep than is recommended. Although many attributed Baroness Thatcher’s 20 hour days to her passion for the job research suggests she may have had some genetic help. Scientists in the US discovered that people carrying a specific gene variant were able to function on fewer than five hours of sleep per night. However most adults need at least seven hours of quality sleep each night for optimal health, productivity and daytime alertness.

Many successful people claim to need far less sleep than the recommended seven to eight hours a night. Benjamin Franklin claimed to need just four hours; Barack Obama got by on six hours; while Tom Ford, the fashion designer says he requires just three hours a night to function properly. When Napoleon Bonaparte was asked how many hours of sleep people need, he is said to have replied: “Six for a man, seven for a woman, eight for a fool.” Newborn babies usually sleep for about 17 hours each day, older children need nine or 10 hours a night, while it is recommended that adults sleep for around seven to eight hours each night.

Too little sleep is known to cause depression, weight gain, mental illness as well as putting people at greater risk of stroke, heart attack and diabetes.

In 2017, we finally made sleep a top priority. As research continues to find that a lack of sleep can cause weight gain, anxiety, and out-of-whack hormones, and public figures like Amazon’s Jeff Bezos name adequate sleep as a driver of success, health-conscious consumers are chasing those sacred eight hours like never before. These days influencers are coming out and saying sleep is their secret weapon and their number one priority, we’re learning that you actually can’t be a productivity machine without good sleep.

MINDFULNESS IN THE WORKPLACE – A TOUCHY-FEELY FAD OR A VALUABLE MANAGEMENT TOOL?

Mindfulness is defined as present-centred attention and awareness, emerged from Buddhist philosophy and has been cultivated for millennia through meditation practices.

Injecting a corporate culture of mindfulness not only improves focus but the ability to manage stress and how employees work together. Historically, companies have been reticent to offer mindfulness training because it was seen as something fluffy, esoteric and spiritual, but thankfully that’s all changing.

Mindfulness is vital for any executive or leader who, at any given moment, may be barraged with various problems that call for decisions under stress in order for them to have a greater consciousness in the present.

Specifically, mindfulness has been shown to improve three qualities of attention – stability, control and efficiency. The human mind is estimated to wander roughly half of our waking hours, but mindfulness can stabilise attention in the present. Individuals who completed mindfulness training were shown to remain vigilant longer on both visual and listening tasks.

Although mindfulness is an individual quality, initial evidence suggests that it affects interpersonal behaviour and workgroup relationships.

Mindfulness may improve relationships through greater empathy and compassion — suggesting mindfulness training could enhance workplace processes that rely on effective leadership and teamwork.

As life becomes more stressful, anxiety increases and goals keep moving we will continue looking for ways to manage, respond to technology’s unrelenting poke and improve the relationship with our own minds and bodies. While that search continues it’s up to us all as individuals, leaders and business owners to step up and do what we can to keep on top of the determinants and offer interventions – your health is in your hands. 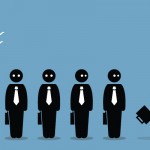 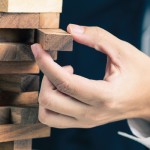 IMPACT ON THE EMPLOYMENT MARKETFeatured, News